﻿Facing the brunt of rail protesters

Congress veteran and Navelim MLA Luizinhbab Faleiro became the latest MLA to face the brunt of anti-coal protesters. Luizinhbab had documentary evidence to prove that he had taken up the track-doubling issue three years ago both within the Assembly and outside. There were, however, hardly any takers for the Navelim MLA’s claims at the Davorlim railway crossing early this week. In fact, Luizinhbab was taken aback when a protester point-blank told him to quit and sit at home. Congress leaders too had faced a similar situation at Chandor and so also the ruling party MLAs.

﻿The kabrastan challenge for Margao MLA

﻿What group is this within the Congress? 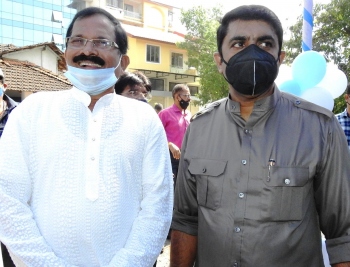