Scrutinized by first joint secretary-level committee, proposals for 2,500 posts have reached the main committee, but have been held up midway in the absence of chief minister 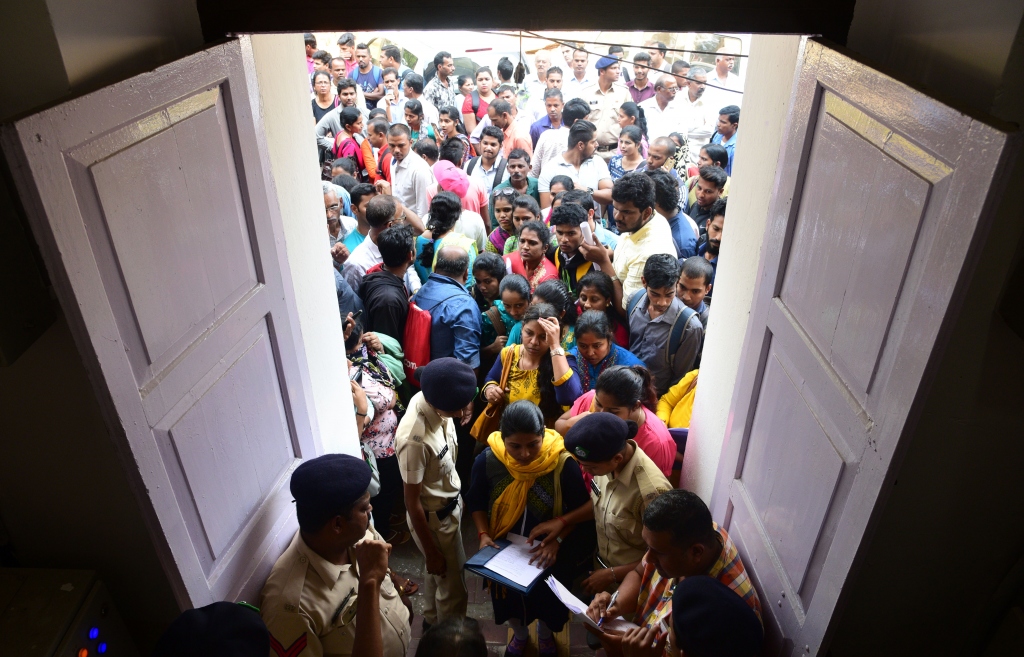 CAC NOT EMPOWERED
TO TAKE A DECISION

PANAJI: Despite pharma major Cipla having faced the heat for organizing recruitment drives outside the state, it has not deterred them and twenty-four other Goan companies from taking part in a recruitment drive organised by the Maharashtra Government on Wednesday at Sawantwadi.
A job fair organised by the Maharashtra Government’s Skill Development Employment and Entrepreneurship Department saw companies from Goa -- including prominent names like Cipla Ltd, Manipal Hospitals, Zuari Industries, Pai Kane Group, Bosch, Chowgule Industries, Sai Service, Counto Automobiles, Deltin Group, Bogmalo Beach Resort, Alcon Victor Group, Fort Aguada Resort, CMM Group, Magsons Group, and others all taking part.
More than 650 vacancies in Goa alone were up for grabs at the job fair on Wednesday with the posts typically requiring either Std XII pass or in the case of pharmaceutical industries a graduation degree in the subject. The posts included jobs in sales, the hospitality sector, security, housekeeping, mechanics, customer care software developers and technicians and others.
It was in September last year that the Goa Forward, a crucial coalition partner in the current BJP led government had taken offence to companies in Goa advertising and recruiting persons from outside Goa especially in the districts neighbouring Goa.
Goa Forward had denounced the move of pharmaceutical firm Cipla based in Verna Industrial Estate to publish an advertisement for jobs in Karnataka. Chief spokesperson of Goa said that the party took a serious note of the matter and termed it anti-Goa act.
TCP minister Vijay Sardessai then took up the matter with Chief Minister Manohar Parrikar in this regard requesting him to direct the pharma company to advertise vacancies in Goa and give preference to Goans.
ness
The sight of the names of prominent Goan businesses participating in the job fair at Sawantwadi has raised eyebrows with locals blaming such job fairs for local job seekers being denied jobs in their own homeland.
The previous job fair to be organised was done in Fatorda, incidentally by the Goa Forward party where several Goan business houses participated.
The rush of Goan companies to employ staff from the neighbouring states flies in the face of Government’s claims that it is adequately incentivizing local industries to employ Goans even with the promise of a salary rebate on the staff employed.
“If Goan youth do not get jobs in Goan industries, people will start questioning why we are allowing such industries in Goa,” Vijai Sardesai was quoted as saying last year.
Sardesai had even condemned the attitude of Cipla for advertising in other states for vacancies in their Goa factory and had demanded an apology from the management.