MAPUSA
After more than two months, Dinesh Fadte was elected unopposed as the new sarpanch of Sirsaim on Saturday.

As only one application was received for the post of the sarpanch, Dinesh Fadte was declared elected unopposed by Presiding Officer Manohar Parwar.

Soon after his election, the new sarpanch said all effort will be made to take up development works in the village.

The election of a new sarpanch was due after incumbent sarpanch Anand Temkar had resigned from the post on August 13.

For unknown reasons, the Director of Panchayats delayed in calling for a meeting for the election of the sarpanch.

Former MLA Kiran Kandolkar had publicly charged that the panchayat director was acting on the instruction of the local MLA, Nilkant Halarnkar and therefore was deliberately not calling for the sarpanch election meeting.

With Fadte’s election, Kandolkar has once again shown that he still holds sway over maximum panchayats in Tivim.﻿ 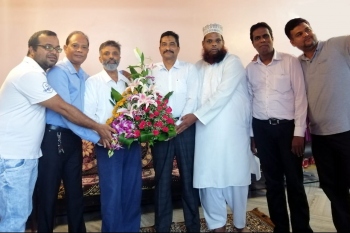 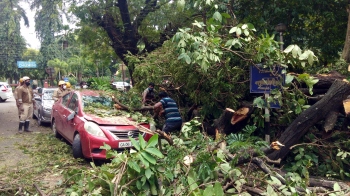