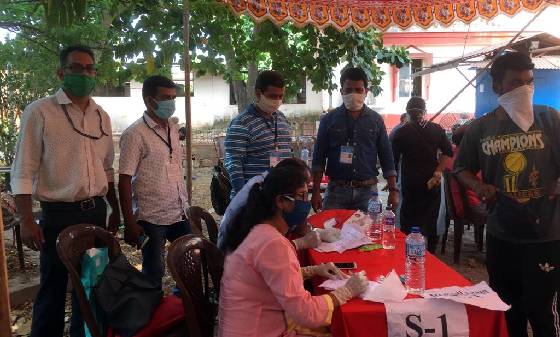 A train carrying 1210 stranded workers left for Chattisgarh from the Karmali railway station on Tuesday.

Though the train was initially scheduled to depart at 4 pm, it was delayed by several hours as many workers arrived late. Police teams were posted in and around the railway station to ensure smooth facilitation of the process.

Additional Collector Gopal Parsekar, Deputy Collector-cum-SDM Vivek H P, Tiswadi Mamlatdar Ferrao were among the officials present to oversee the operation. Assisting them were personnel from the North Collectorate office.

The road stretch from Hat Khatro Khambo junction, Old Goa to Hotel Wilsha junction, Carambolim was closed for traffic which was diverted via the internal Carambolim road connecting the Corlim highway road.