75 years of Salesians in Goa: It began with a priest and football

A glorious society, with a magnificent past and a very promising future in Goa 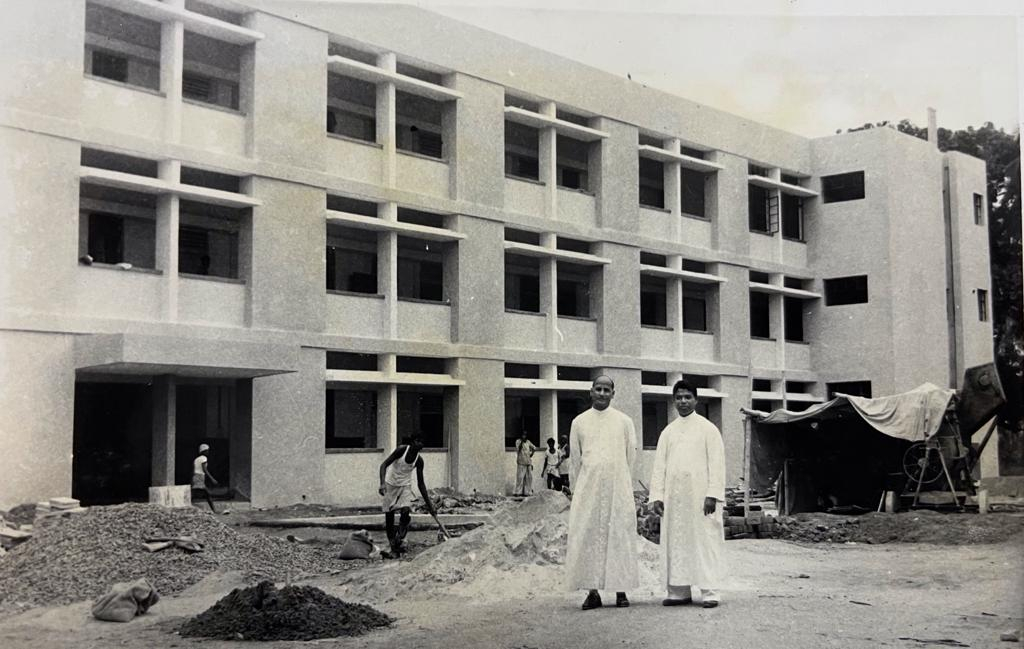 Construction work of the Don Bosco educational campus in Panaji.

Try to imagine Panaji city without the Don Bosco educational campus and Shrine of Our Lady of Fatima. It will be difficult for most people who have grown up in the city as the structures have existed for more than half a century and as the school celebrates 75 years of existence and the shrine its 50th, it was here that the story started all those years ago, with nothing other than a priest and a football.

It was April 1946 that Msgr Vincent Scuderi arrived in Goa, and after presenting himself to the authorities played football with the local boys. From those games on the rough grounds of Panaji, the Salesians never looked back, chalking up goals in the form of new houses in Goa on their scoresheet, as they went on to educate thousands of boys and girls in the three quarters of a century that they have been here.

As their presence in Goa grew, the Konkan region was made into a delegation, dependent on the Bombay province. In August 2004, the Konkan Vice Province was inaugurated with Fr Loddy Pires as its Superior. Just three years later, in 2007, the Province of Panaji was established, comprising the entire State of Goa, with the districts of Kolhapur, Ratnagiri, Sangli and Sindhudurg in Maharashtra and Belgaum, Bagalkot, Dharwad, Gadag, North and South Kanara and Udupi in Karnataka.

In all its years, Don Bosco Panaji has been more than a landmark, and one can rightly say that it is a landmark institution through whose portals have passed out thousands of students – boys and in later years girls too, when the higher secondary and college opened its doors to co-education – and who have served society in various ways, contributing to the growth of the State, the country and the world. Today, Don Bosco Panaji’s alumni can be found in countries all over the world and will always vouch for the education they received in their formative years.

Vinay Rao, an AI architect based in California, USA is one of them and he said, “One thing that stood out about my education at Don Bosco was that it was truly secular. We were all treated equally as students and there was no religious categorisation whatsoever. That spirit has even endured the test of time. Forty-plus years later, we batchmates still keep in touch with each other and when we get together, it was as if we never left school.”

The spirit of the Don Bosco schools lives in all its students and also the past pupils who even years after they have passed out from the school with the SSC certificate, and the best of them with a State rank to their and the school’s credit, in the times when ranks were declared by Goa Board of Secondary and Higher Secondary Education.

Current Rector and Principal of Don Bosco, Panaji, Fr Avin Carvalho said, “At Don Bosco Panaji and in every Salesian Institution across Goa, coastal Karnataka and southern Maharashtra we Salesians together with all our lay collaborators continue to be faithful to the educational philosophy of our Father and Founder St. John Bosco where every educational and pastoral activity is infused with Loving kindness towards all and more specifically towards the young and the marginalized. We believe that this key ingredient coupled with holistic education will enable every person to discover its God given potential and thus grow into being an upright and worthy citizen in today’s global society.”

Cedric Vaz, an engineer and businessman, said, “It is difficult to encapsulate what Don Bosco High School did to prepare me for the future. Volumes can be penned. Nonetheless, the education made me confident of facing any situation, taught me moral values like honesty and integrity and ability to interact with any class of society. One thing we learnt in school is that one needs to work smartly to achieve one’s dreams.” 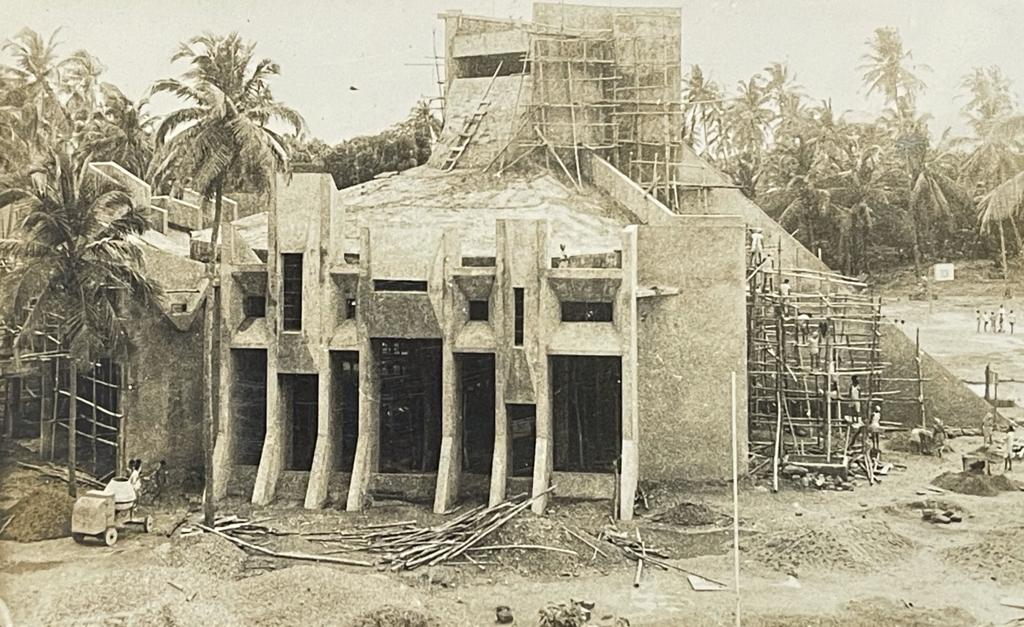 Construction work of the Shrine of Our Lady of Fatima at Panaji.

Don Bosco didn’t prepare students just to answer the exam and pass. It shaped its boys to become men and serve society, like no other school has.

This is best brought out by Dr Oscar Rebello Goa, popular physician from Panaji who said, “Whichever way you look at it, it's one’s school that shapes a rock into a diamond or back to coal. Don Bosco, Panaji, my alma mater is one school that focused on discipline, morals, academics and sports in that order. Religion was just an optional extra, whatever the unnecessary din created by today’s hostile political climate.”

Rebello added, “Don Bosco and its band of dedicated teachers chiseled boys into men – not necessarily perfect – but equipped to take on the world in their chosen field. And prince or pauper, the respect accorded by the institution to either was always the same. Actually, the pompous princes got the harder end of the stick. Magnificent teachers, magnificent memories and a magnificent moulding workshop of mind, body and spirit.”

Teachers of Don Bosco schools would readily agree with the above, for a teacher in a Salesian school is an educator for who education is not merely about passing exams but about becoming cultured, being taught to be critical of cultural influences that are negative and of formulating one’s own value system. For them it is about helping a youngster to develop his intellect, his heart, his body, his spirit.

A former teacher at Don Bosco, Columba Sardinha, said, “It was a very secular school, we had freedom to go about our duties without interference from the management. There was a lot of encouragement for those who were working so that they could come up to greater heights and in return help the students come up. The atmosphere was very friendly. There were no bickerings, it was purely what you could give to the institution and what the institution could give to you and the entire team worked hard to bring up the standard of the students in all spheres, not necessarily in studies, but in all activities. Our students shone like anything, especially in the field of sports and literature.”

In conclusion, we go back to Dr Rebello, who said, “Don Bosco high school will always remain more than just a school. It was, it is and will always be a magnificent idea that will be cherished by all of us, fortunate enough to have graduated from its portals.