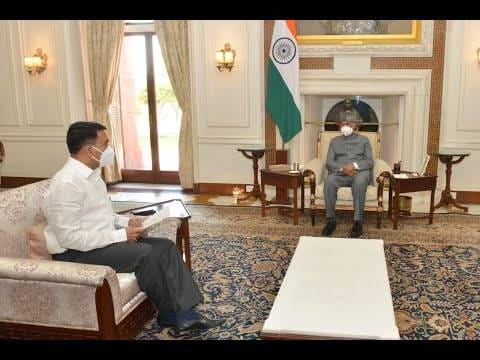 CM Sawant with the President of India in New Delhi on Saturday. Sawant has extended an invitation to the President for attending the Liberation Day celebrations in Goa next month.

Sawant exudede confidence that some solution will come out in further deliberations with the Central government soon.

"Called on the Hon'ble President of India Shri Ram Nath Kovind Ji, in New Delhi today. Extended a warm invitation to #PresidentKovind for the 59th Goa Liberation Day celebration, as we embark upon a new chapter to promote Goa's cultural heritage on the national and global stage," he tweeted.