﻿MARGAO
Goyant Kollso Naka has condemned the government for fooling the people yet again with regards to the coal plans for Goa.

GKN reminded the Chief Minister Pramod Sawant of his statement just four days ago that he was not aware of the details of the coal plans and coal infrastructure works taking place in the State, and that he needed a month to study the subject.

GKN has said the government has now shown its ulterior motives behind the statement asking for a month to ‘study’ the coal plans.

GKN Convenor Antonio D’Silva said the Government has swiftly imposed section 144 in South Goa in contradiction to the Ministry of Home Affairs’ directions lifting restrictions imposed under section 144 from the rest of the country.

Most shockingly, Antonio said the Government has followed this illegal order by issuing notices for personal hearings on 21st October 2020 at the Deputy Collector’s office in Mormugao at 3.30 pm for land acquisition for double-tracking of SWR.

He pointed out that GKN had submitted numerous letters to the Deputy Collector, Mormugao, Collector South Goa and other relevant authorities pointing out gross illegalities in the acquisition proceedings and asking for it to be dropped, but there is no response from the blind and deaf government since months.

“The government’s sudden unholy haste now to usurp the lands of unwilling Goans and its blatant betrayal of people’s trust, only to help three industrialists destroy Goa for petty profits, cannot be condemned enough,” he added.

Goyant Kollso Naka demanded that the government must immediately revoke the notices issued for personal hearing for the land acquisition for the double-tracking of SWR. It must also stop all works being carried out for the double-tracking, which are illegal in view of the orders of the Railway Board dated 28/7/2020 directing to stop all such works.

The GKN has warned the government that if it continues to betray the trust of the people and to ignore the desperate pleas of the citizens, the people will be forced to use all constitutional means to uphold the rule of law and justice.

“Goyant Kollso Naka and the people of Goa await the government’s positive response to the people’s immediate demands to stop the acquisition proceedings and construction works for double-tracking before the 20th of this month (the day before the scheduled personal hearings), failing which the people will be forced to intensify this peaceful movement, for which the government will be solely responsible,” he warned. 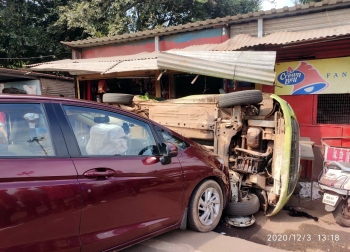 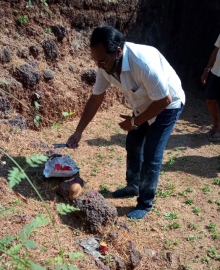