St Catherine: She turned the wheel of Goan history 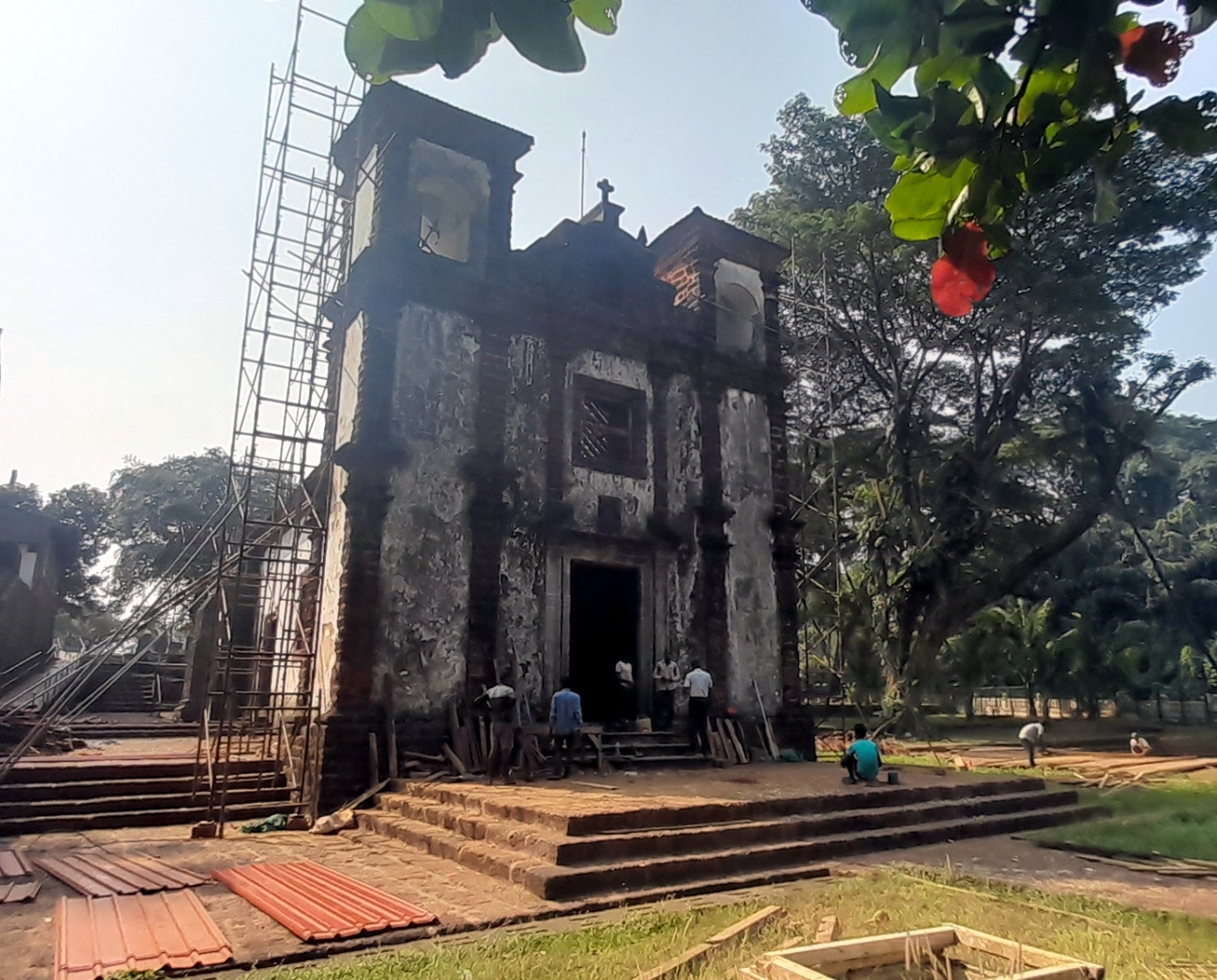 November 25 marks the feast day of St Catherine of Alexandria, also known as the Saint Catherine of the Wheel and The Great Martyr Saint Catherine. She is the patroness of the Cathedral of the Archdiocese of Goa and the one who turned the wheel of Goan history.

St Catherine was born in 287 AD in Alexandria, Egypt. Traditional hagiography states that she was a princess and scholar who became a Christian around the age of 14 and offered herself completely to Christ.

Roman Emperor Maxentius (a follower of Roman religion) wanted her for himself and on her refusal, she was put to various tortures, including a breaking wheel torture. Finally, she was beheaded in 305 AD when she was barely 17-18 yrs old. Seeing her endurance of horrible trials for the sake of Christ, many have voluntarily accepted Christian faith.

St Catherine’s role in turning the wheels of history is well documented. For example, in the Battle of Montgisard fought between the Catholic Kingdom of Jerusalem and the Islamic Ayyubids on her feast day on November 25, 1177, the Christians (3,000-4,000) were outnumbered by a majority of 21,000-26,000 Muslims. However, the Christians achieved a miraculous victory, attributed to the intercession of St Catherine of Alexandria.

Around 1428-31 AD, St Joan of Arc, the patron saint of France, was guided in her divine mission to defend France from England through the visions of St Catherine along with St Margaret and St Michael the Archangel.

On her feast day, November 25, 1510, the Portuguese under Alfonso de Albuquerque liberated Goa from the Muslim yoke, supported by the then Hindu population. Albuquerque clearly acknowledged in his letters that his victory was through the intercession of St Catherine.

The first ever Church structure built in Goa was dedicated to St Catherine. This princess from Egypt, became the patroness of the Cathedral of Goa and thus the city of Goa itself. The Chapel of St Catherine was once a highly venerated place and Pope Benedict XIV in 1742 AD gave indulgences for any faithful who devoutly visit her chapel on the vespers of St Catherine on November 24.

The diocese of Goa was founded in 1533. All the churches and convents of Goa came to existence after 1510 after the Portuguese conquest of Goa. This conquest became possible because of the intercession of St Catherine of Alexandria.

Can we imagine the Archdiocese of Goa, St Francis Xavier, St Joseph Vaz without this princess from Egypt, seated in the Cathedral of Goa at the ancient city of Ella, Old Goa?

The monastery of St Catherine of Alexandria, in Sinai, Egypt is also a centre of interfaith dialogue between Christianity and Islam. According to tradition, Prophet Muhammad gave Ashtiname, a charter granting protection and other privileges to the followers of Jesus, given to the Christian monks of Saint Catherine’s Monastery, which is still today relevant also in a legal sense.