Stringent lockdown may dash hopes of Goans migrating to UK

PANAJI
The new and more contagious and mutated strain of the dreaded Sars-Cov-2 virus which the Boris Johnson government has cautioned about may not only upset the hopes of a healthier 2021 with the advent of vaccines but it may also dash the hopes of many Goans queued up to set foot in Britain to accomplish their goal of migrating there via the Portuguese citizenship route.

With the new strain of the virus forcing United Kingdom to embrace its most stringent lockdown yet and the Indian government suspending all flights to-and-fro, several Goans will find themselves stopped in their tracks and their hopes to migrate to this preferred destination using the Portuguese citizenship route dashed forever.

Acquiring the Portuguese citizenship as a shortcut to migrate to Britain was a much sought after option by Goans for nearly a decade. But with Brexit, Goans had only until December 31 this year, the date when Brexit will be enforced in letter and spirit.

Thousands of Goans have already embraced Britain as their adopted country over the last decade and more, but many more were in the queue but Brexit meant they had only the next 10 days to physically set foot on the soil of the former imperial rulers of India.

Many Goans, especially the youth,  also used the Portuguese citizenship route to pursue opportunities in Britain in the higher education sector.

VASCO: Dabolim Airport Director Gagan Malik on Monday said four flights operating weekly between Goa and UK have been suspended, following the Centre’s decision to suspend all flights originating from the UK to India till December 31.

"As of now, only flights arriving from UK have been temporarily suspended and we cannot say about other international flights. The step has been taken in view of the emerging Covid-19 cases in the UK.”

“Flights between Goa and UK will be suspended from December 22 to December 31. The SOPs are the same and any passenger arriving during the transit period will have to be compulsory be subjected to the RTPCR test on arrival. If found positive, the passenger will have to be quarantined as per MOHFW guidelines and all medical cost will be incurred by the passenger," said Malik.

"We had four flights operating a week between Goa and UK. We had two flights leaving for UK and two flights arriving from UK every week. The average number of passengers per flight was around 250 per flight," added Malik.

PANAJI:  Chief Minister Pramod Sawant on Monday expressed concerns that India’s ban on flights from UK amid fears of new Covid-19 variant spread will affect tourism in Goa. “Britain flight cancellations will impact Goa's Tourism. We too need to take precautions. Other country flights could also be suspended in the coming days,” said Sawant. 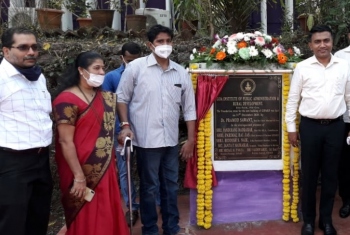