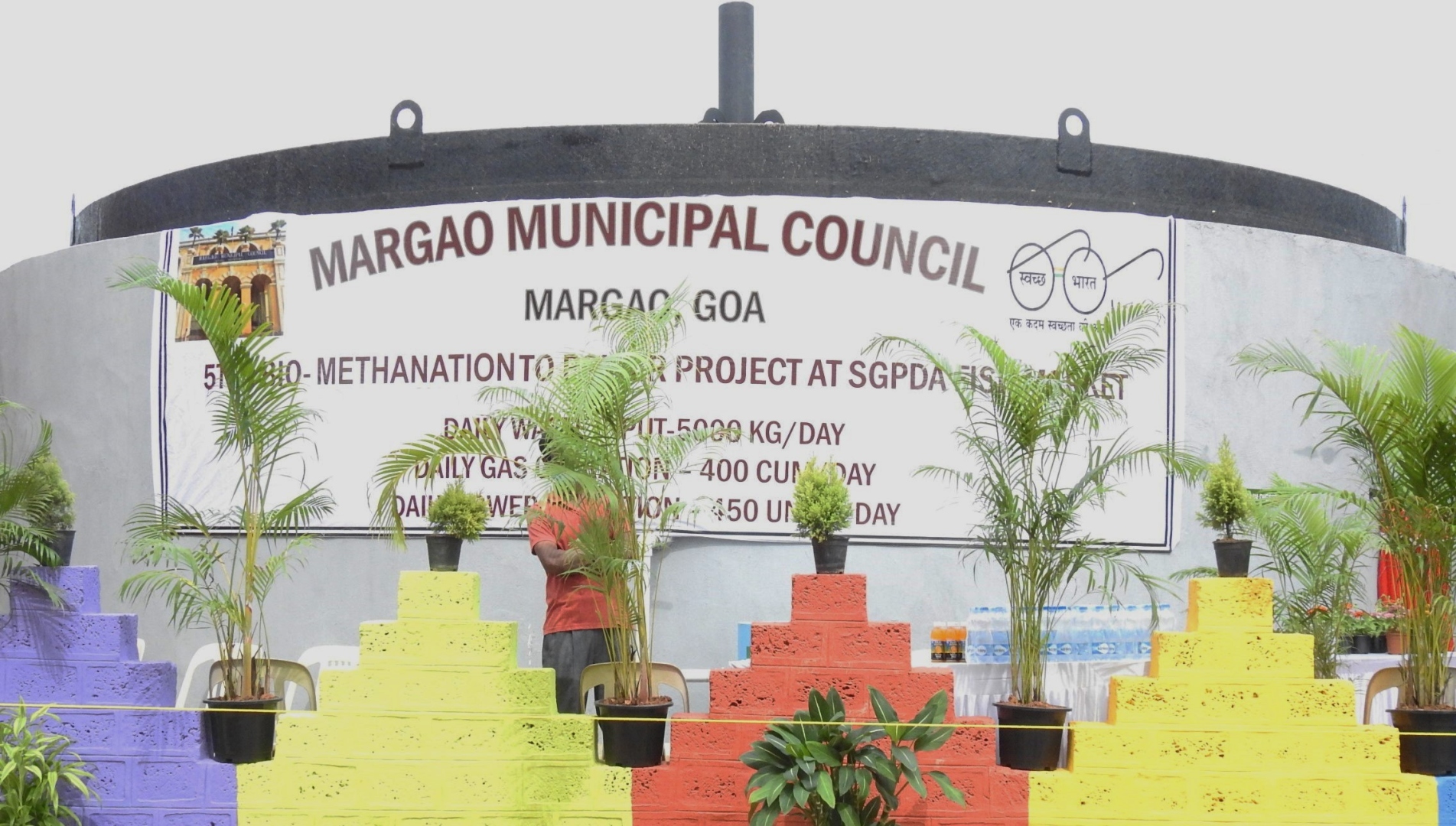 ﻿MARGAO
An environmental audit of the biogas plant installed at the SGPDA market, Margao has pointed out there’s a mismatch between the waste utilised in the plant, gas generated and consumed, and the electrical power generated.

The audit party has also insisted that Consent to Operate needs to be obtained from the Goa State Pollution Control Board (GSPCB) for the operation of such a bio digester.

The audit team concluded that the plant has been working as the biogas is generated and electricity has been generated. During the visit, however, the plant was not in operation. “Based on the data analysed, it’s evident that the biogas plant is not being used to its capacity. This is probably due to the bottlenecks, namely disposal of digestate and utilisation of electricity generated. To analyse the performance of the plant better, we need to observe and analyse the plant while in operation. It is suggested that at least one more visit be organised for the same,” the audit concluded.

A glance at the audit report shows that the auditors have made its observations over the functioning of the plant, come out with priority issues and have made recommendations to the plant operator and the Margao Municipal Council.

The report stated that the plant operator is struggling for the disposal of the digested slurry. “There is no mechanism established for measuring the incoming waste and for maintaining the required ratio of the waste/ water. Further, the power generation engine is not connected to the GRID/GED. Presently, power generated is partly utilised for self-consumption only and the power generating unit is operated on neutral load,” the report said.

The report observed that the flaring unit is not connected to the plant. “Based on the site visits and the observations it is noted that there is a mismatch between the waste utilised in the plant, gas generated and consumed, and the electrical power generated. Also, the mechanical equipment such as pumps and shredder/ crusher required repair/ replacements and partial modifications, the report stated.

The audit team has made a host of recommendations to the plant operator. Since the team observed abnormal noise and vibration from one of the two shredders, indicating a breakdown, the team has said the shredder/ crusher needs to be replaced/ repaired on priority and regular maintenance needs to be carried out of all critical equipment, irrespective of the plant being operational or not. A maintenance schedule may be displayed and followed, the report said.

In another recommendation, the audit team stated the incoming waste may be measured at least on a sample basis regularly to enable optimal feeding of water as well as better monitoring of the plant performance.

It was further recommended that the project proponent has to carry out analysis of the digestate slurry and the raw biogas and final biogas.

1. Digestate slurry bed was completely full and that was the reason the plant was not operational.
* It needs to be ensured that the digestate slurry be regularly taken away by the municipality so that the plant operations are not affected because of this
* The municipality may explore testing of the digestate slurry for nutrients and other important parameters
* Distribution or sale of the slurry to local farmers/ citizens/ industries may be explored so that such an important resource is not wasted
2. The electricity generated at the project is not being completely used and an important resource is getting wasted daily
* The municipality can explore using the electricity generated to be used for operations/ units of the municipality or the SGPDA market
* Alternatively, the electricity could be sold back to the grid. Steps may be taken by the municipality in coordination with the Electricity Department
Safety Observations
Although not in the purview of this audit, the auditors suggested a couple of safety measures and some safety related recommendations
* Area around the gas holding balloons be kept clear of any unnecessary materials
* The gas holding balloons may be regularly checked for any damage due to rodents
* Additional lighting and ventilation needs to be provided in the closed sheds