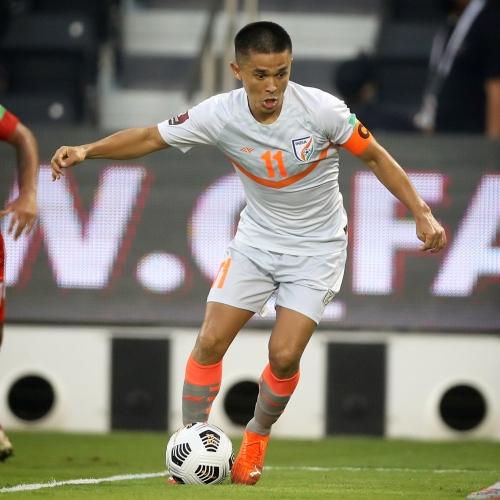 With his brace, the captain led from the front to power India to a 2-0 win over Bangladesh on Monday night, the latest effort helping him surpass Argentina's global superstar Lionel Messi to become the second-highest active international goal-scorer with 74 strikes.

"Many people were asking last year or so, 'when is Sunil going to retire?' (If Chhetri retires) what are we going to do then? By far, in every training, he is our best player," Stimac said.

Chhetri scored two goals in a span of 13 minutes to help India seal their first win in a World Cup qualifier away from home since 2001. Chhetri leads Barcelona superstar Messi by two goals and sits a place above Ali Mabkhout of the UAE, who is third on the list with 73 strikes to his name. Messi scored his 72nd international goal in a World Cup qualifier against Chile last Thursday, while Mabkhout added to his tally against Malaysia, also last week.

Centre back Sandesh Jhingan felt that Chhetri's name will be remembered even after 100 years. "Some 100 or 200 years down the line, people will still talk about Sunil Chhetri. As long as there is Indian football, people will remember his name. It's for everyone to see what he does on the field.

"Hence, I would rather like to mention that off the field he is the perfect example for all to follow."

Goalkeeper Gurpreet Singh Sandhu expressed," I will keep on mentioning that there's one guy floating in between Cristiano Ronaldo and Lionel Messi -- and that's my teammate, my captain Sunil Chhetri.

"It shows his commitment and how consistent he has been scoring goals -- one after the other. It's simply remarkable," he added.

The win has helped India climb to third place in the group with six points after seven games. Already out of World Cup contention, the result against Bangladesh is a boost to their chances of earning a direct spot in the third round of the Asian Cup qualifiers.

"We presented football as it should be. That's the way we always want to play. Of course, it's not always possible but when we are favourites against a lower-ranked team, it's something that we will like to present," Stimac said. "The players did everything they could to get the win. So all the credit to them for executing the game plan perfectly," added the 53-year-old.

Chhetri broke the deadlock in the 79th minute when he headed in Ashique Kuruniyan's cross from the left and then sealed the victory with a swerving shot from top of the box in added time.

Stimac added, "The best defence against lower-ranked teams is attacking -- keeping them away from the ball. Just to explain, if we didn't keep doing what we were doing right throughout the game, we wouldn't have scored the second and allowed Bangladesh to come at us."﻿ 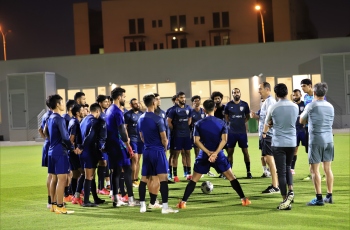 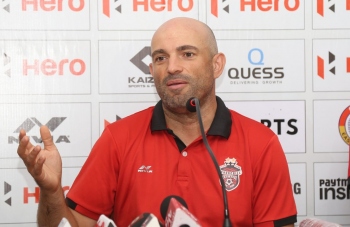 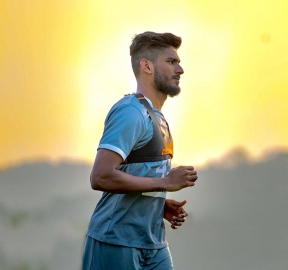 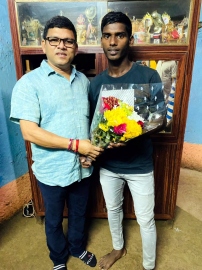 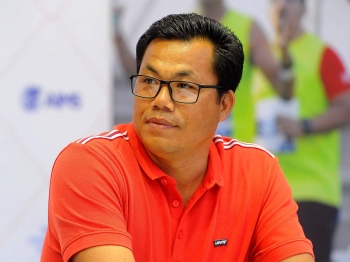 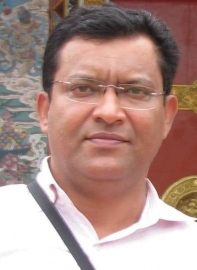