Under the programme initiated by the government of India to celebrate and commensurate 75 years of Independence, the staff of Harmal Panchakroshi Shikshan Mandal's Ganpat Parsekar College of Education, Harmal conducted a cleanliness drive at Ajoba Devasthan, Keri, Pernem. A total of 41 teachers actively participated in the service.

It was noticed after two days of the devasthan fair that the surrounding area of the temple was pitifully covered with solid waste including plastic papers and food remains. To preserve universal brotherhood the teachers contributed in cleaning the surrounding.

The programme ‘Azadi ka Amrut Mahotsav’ is an opportunity of engaging 75 hours community service by each staff of higher education institutions affiliated to Goa university as per the university circular regarding the same. The drive was conducted under the guidance of Udesh Natekar, Principal of this institution. The drive was assisted by Sarpanch Suraj Talkar, Joint Secretary of the Devasthan Babuso Talkar and other members of the temple committee. 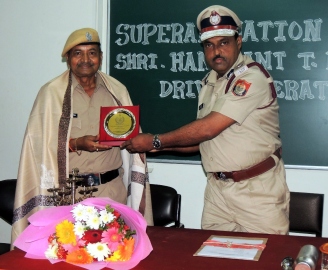 ﻿Mercy Concert on May 4 at Old Goa